One of most recent additions to the TCA Foundation team, Glenn has a wealth of experience being involved in grass roots cricket. Whether it be coaching, administration or fundraising Glenn has devoted his time to the game. 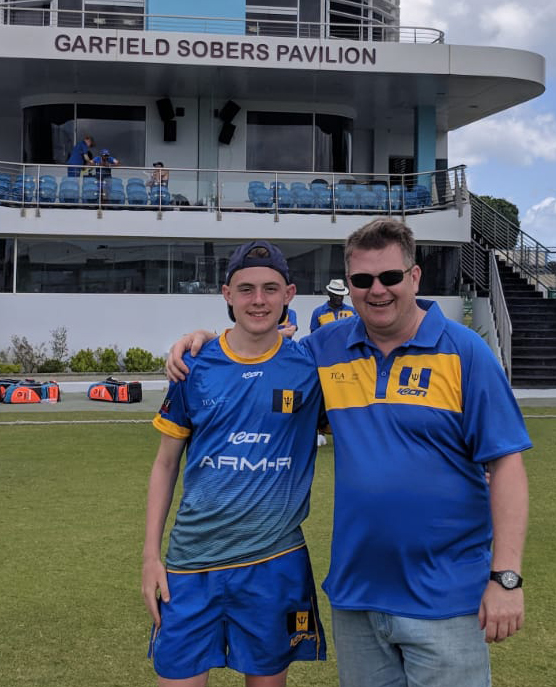 Married to Alison (not a bad cricketer herself) and dad to son Joe and daughters Annie and Isla.

What made you want to be involved with TCA Foundation? Involvement in cricket has been the single most influential element throughout my life and has gifted me so many friends and experiences and even guided most of my career choices along the way. I’ve been a coach for over 25 years and currently head junior coach at Mytholmroyd having previously coached at Littleborough and for the Rochdale District teams.

It is the most complete character-forming of sports and I was delighted to be invited to become a TCAF trustee and to be able to help provide opportunities for youngsters to enjoy cricket as a sport and as an influence for good.

What is your earliest Cricket memory? From as early as I can remember I played farmyard cricket with my brothers Scott and Iain (Scott being four years older was quite scary bowling full pelt, running in from the milking parlour end!)

My earliest match memory is the 1982 CLL Wood Cup Final between Littleborough and Royton played out on a Monday evening at Milnrow.  I don’t remember much of the match but I do recall watching from the top bar area of Ladyhouse and there being thousands of people in attendance.  Andy Roberts was Littleborough’s pro and of course the ‘Boro won.

Most memorable cricket moment, personal or watching? Despite only playing relatively few games, I have had so many wonderful experiences around cricket, but my favourite memory is of meeting the incomparable Brian Johnston and the TMS team in the Old Trafford commentary box at the 1988 Test against the West Indies.

CMJ met us and took my Mum and I up the umpteen stairs (maybe more than the Asylum) and Fred Trueman welcomed us at the door, a truly marvellous experience for a 13 year old cricket badger.  I was due to chat with Bill Frindall but chaos was ensuing all around as Don Mosey had just spilt tea over the previous day’s scoresheets, 20 minutes before the start of play!

Johnners was an absolute gentlemen, in fact probably the nicest man I’ve ever had the pleasure to meet, and he wore the most beautiful shoes!  He made my Gran’s day when he announced on air that he was enjoying “the most splendid chocolate cake, baked by Mrs Kershaw” at the tea interval.

From a purely cricketing aspect, having the privilege of watching my son Joe open the bowling from the Joel Garner end of the Kensington Oval in Barbados in 2019 was unbeatable, even from my own joy at having umpired there.

Cricketing Idols? It might sound a little cringe-worthy but the biggest single influence on my cricketing experiences has been my brother Scott, even in his old age he is still someone I look up to and respect enormously.

In a wider sense, our coach Tommy Greenhough was my earliest hero, and I still have mementoes he was kind enough to gift me as a kid.  Ezra Moseley was our God at Littleborough and I worshipped most of the Test players of the early 1980s, particularly Sir Ian and Sir Viv.

Favourite country visited? I’ve been lucky enough to visit many countries but the 2019 Asylum tour to Barbados was my absolute favourite with a relentless procession of bucket-list experiences ticked off in an unforgettable 10 days.